If you had a choice between someone shocking and catching you in a net or simply taking a water sample to figure you if you had been in a particular stretch of river, what would you prefer? Well Dr. Carter Kruse, Director of Natural Resources with Turner Ranch Properties, is trying to make the latter alternative a reality for two species of fish found in New Mexico- the Rio Grande chub and Rio Grande sucker – using environmental DNA (eDNA)-based methods. Sampling methods using eDNA are ultimately less invasive and more accurate than traditional sampling methods. This research is timely because both of these species are currently underoing a status review by U.S. Fish and Wildlife Service. Information on their distribution within the state will be a critical part of this review. 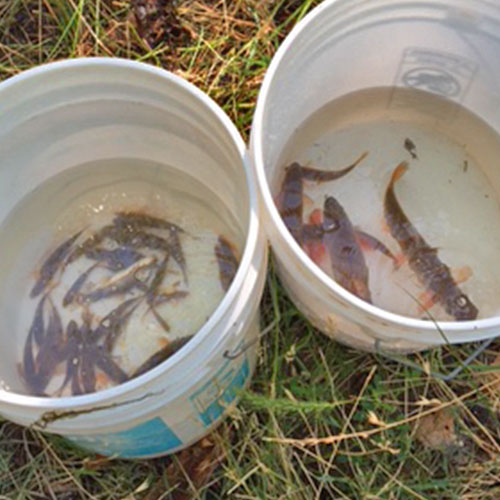 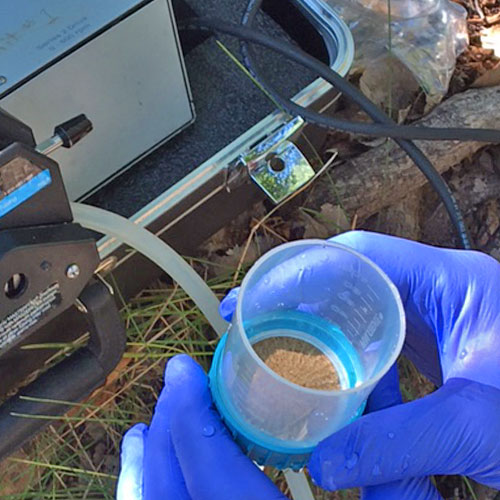 How does eDNA sampling work? Well, fish leave material in the surrounding environment as they move through the water – feces, skin cells that slough off naturally, etc. This material has the fish’s DNA in it. Biologist can run stream water through a filter to capture the DNA-containing material that animals leave behind. The DNA is then extracted from the filter in a laboratory setting, and analyzed to determine if DNA sequences unique to a particular species of interest is present. Dr. Kruse and Dr. Kellie Carim with the National Genomic Center for Wildlife and Fish Conservation in Missoula, Montana are using funding from the New Mexico Department of Game and Fish’s Share with Wildlife program to develop eDNA markers that will detect the unique genetic sequences of Rio Grande chub and Rio Grande sucker. Once these markers are developed, they can be used broadly to determine whether these species are present based on filter samples collected from streams throughout New Mexico. 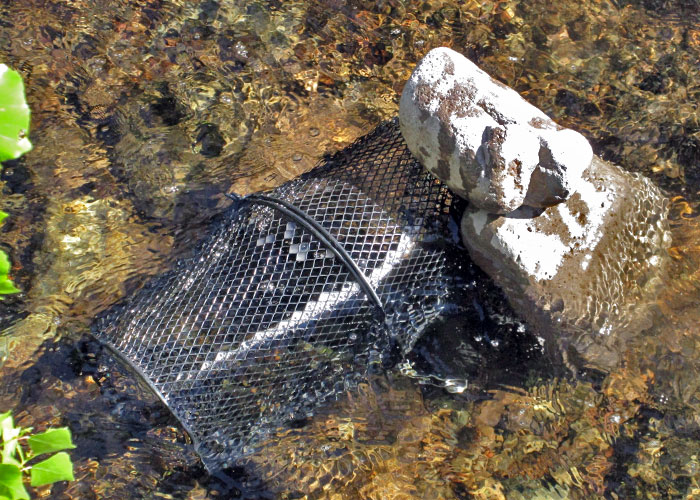 There is a lot of testing required to make sure these genetic tools work properly and only identify the focal species. One part of this testing involves placing known quantities of the focal species in traps overnight and then sampling the water at different distances downstream from the trapped fish. This allows you to determine, first of all, whether the tools are successful and, second, to get a better sense for how close you must be to a fish in order to detect its DNA. Much of the field work for this project has been completed and the lab work is ramping up. The successful development of eDNA markers for these two species will greatly simplify efforts to better understand their distribution and status, as well as contribute to species conservation and management efforts. 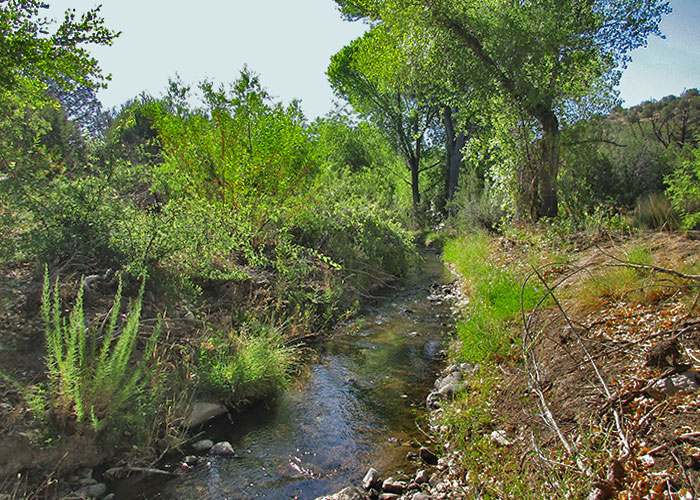 Field site for setting up minnow trap on the Ladder Ranch. (Ginny Seamster)