When are Peñasco least chipmunks actively moving aboveground, how many survive over winter, and how many are there in the most dense population of this species thus far detected? These are some of the questions that Fiona McKibben, a graduate student at New Mexico State University, and a member of her graduate committee, Dr. Fitsum Abadi Gebreselassie are trying to answer when it comes to their studies of the Peñasco least chipmunk. 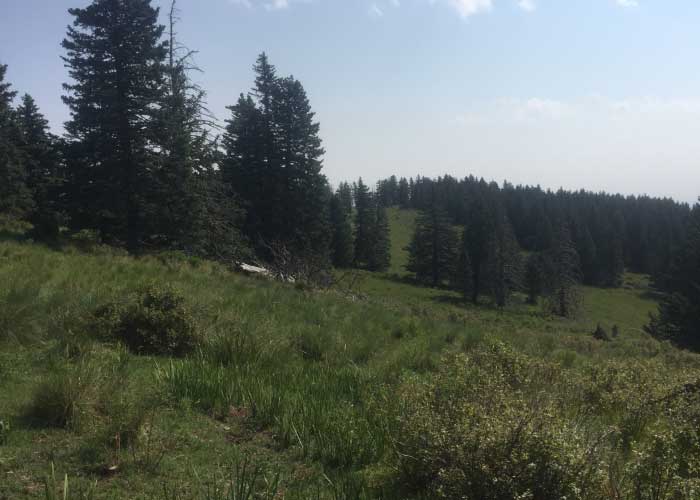 Until 2016, this chipmunk species had not been documented in New Mexico since 2000. Given that it is a candidate for federal Endangered Species Act listing, it is important to have information on how core populations are doing and species behavior to inform future conservation actions, as well as to mitigate impacts of any development or vegetation management proposed within or near the area where this species is most abundant. The Peñasco least chipmunk is very similar in appearance to the gray-footed chipmunk, which is much more common and is found in the same mountain ranges that boast habitat suitable for the least chipmunk. How do you tell these chipmunks apart? Fiona and her graduate advisor, Dr. Jennifer Frey, have developed a list of very specific characteristics that they can use to determine which of these two species was captured in a photograph by motion-activated cameras. This non-invasive approach to studying this rare species is being used to detect, identify, and gather important information on when chipmunks breed, when babies first come aboveground, and when they go underground for the winter. Photographs of chipmunks that were previously ear tagged will be used to evaluate the rate of chipmunk survival between 2019 and 2020 and estimate the abundance and density of the chipmunk population within the study area. 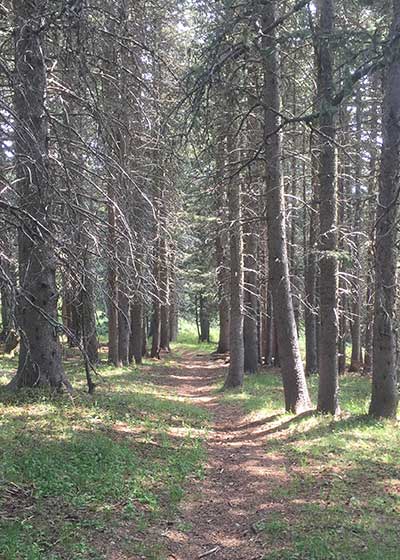 Twenty cameras were deployed in May 2020, checked periodically throughout the chipmunk’s active season, and all retrieved by mid-November. Weather data, regarding temperature and humidity, were collected at each camera deployment site, and a rain gauge was installed at the study site. The weather data will be analyzed to see how it relates back to the activities of the chipmunks. Identification of photographed chipmunks to species is underway, as are analyses of the data from the already processed photographs. Final results should be coming out in summer, 2021. 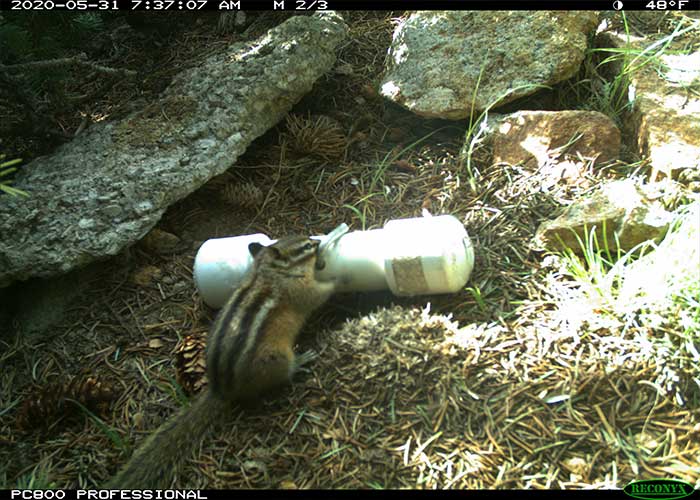 Learn more about the non-profit Share with Wildlife program of the New Mexico Department of Game and Fish, supported exclusively by donations.
NM Game & Fish2021-03-01T09:45:48-07:00