Wildlife populations continually fluctuate and change with the availability of food, water, shelter, space and other factors. Biologists refer to all of these as potentially limiting factors. Limiting factors are often discussed when speaking about a single species, although one factor may affect many species that share habitats in an ecosystem. 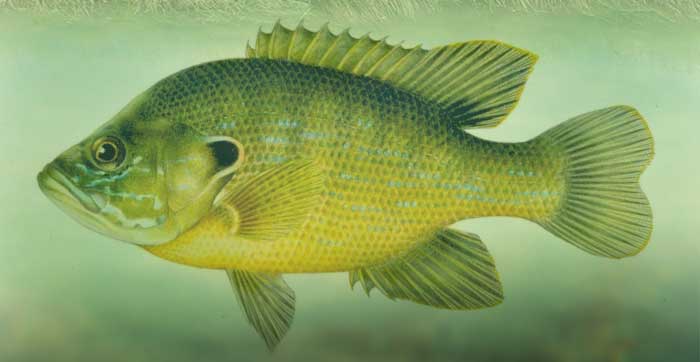 Method: Students are divided into either the fish line-up or the habitat line-up. The students that role-play fish move across a large playing field (indoor gym or outside) to the habitat students and take their needed habitat component of food, shelter or space. Both groups of students make specialized signs with their hands to denote food, shelter and space. They cannot change their sign during a round of play. They may change their signs for each new round of play. Teacher or other student tallies numbers for each round. Students will record each round of the activity as a year and later graph the results to see fluctuations of fish populations from year to year. See procedure for details.

Clipboard
paper and pencil to record numbers during activity/or large paper so all can see results/white board
graph paper for student math.

Location: Indoors or outside in large, open area

Wildlife populations continually fluctuate and change with the availability of food, water, shelter, space and other factors. Biologists refer to all of these as potentially limiting factors. Limiting factors are often discussed when speaking about a single species, although one factor may affect many species that share habitats in an ecosystem .

The number of animals a habitat can support, based on the balance of habitat components is called carrying capacity. For example, the balance of food, water, shelter and space/cover can determine the number of animals the habitat can support. The dynamic nature of habitats and wildlife populations are also impacted by limiting factors such as disease, predator and prey relationships, the local climate, drought, heavy snows or flooding, accidents, pollution, and habitat destruction and degradation. For example, after severe fires followed by intense rain, flooding occurs that further degrades habitats including waterways, killing fish and other gill-breathing organisms.

Wildlife biologists know that there are predictable ranges for species populations. Annual fluctuations are sometimes observed due to the basic habitat components of food, water, shelter and space (cover). This is known as a balance in nature.

In aquatic habitats, such as rivers, streams, ponds, lakes and reservoirs,aquatic invertebrates are the primary food for most freshwater fish. Some predatory fish, such as northern pike, eat other smaller fish. Good water that is not polluted from either natural or human causes will have healthy levels of dissolved oxygen. Cold water can hold more dissolved oxygen than warm water. Cold and warm water fish habitats are found in New Mexico and each is home to specific fish. The New Mexico Fishing Rules and Information booklet, published by the Department of Game and Fish, has color pictures of both cold and warm water fish.

This activity is an effective demonstration for students to grasp some basic wildlife habitat concepts:

Mathematics Extension:
Students use a calculator to determine the volume of the playing field—“school pond.” Teachers give students a likely depth to use in calculations. Ponds can be 20 to 30 feet deep. This calculation will be an approximation as most ponds are shallow on the edges. However, most of the fish will be in the deeper water. Compare space available per fish for each round. Students may also calculate the area of their playing field. For higher grades, students may consider volume and proportion for adequate amounts of resources that fish need; also, ratio and proportionality regarding resources.
NOTE: State fish hatcheries can offer information about these math calculations. Also, all of the NM State Fish Hatcheries have kits and a lesson guide, called Kids to Hatcheries. This teacher guide has pre and post lessons for hatchery visits. It also has six math questions (and answer key) that hatchery staff need to calculate for the raised fish. We encourage teachers to check out this kit and to visit a hatchery with their students The Santa Fe main office also has the kit to check out. Call 476-8095.

See also our Fish Hatcheries page on the website.