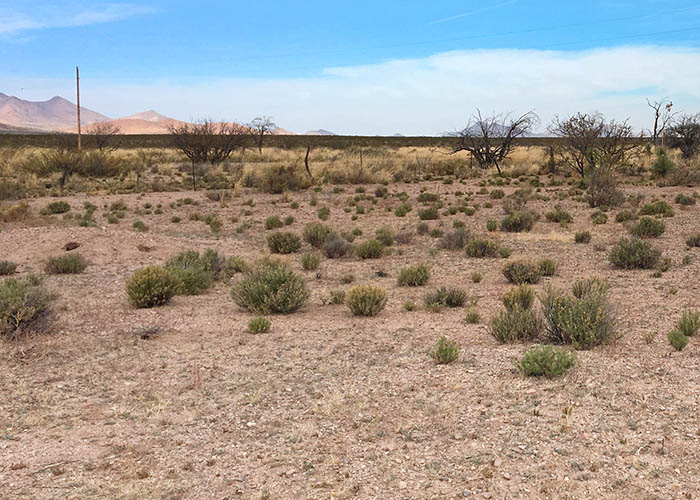 How do you track down nests and nestlings of a bird that lives in a remote, desert environment, looks very similar to a closely-related species, and is highly secretive? Further, how do you do all of this when very little is known about the timing of the bird’s breeding season and how long it takes for the eggs to be incubated and the nestlings to leave the nest? Using funding from the Share with Wildlife program, Dr. Martha Desmond and her graduate student, Allison Salas, from New Mexico State University are helping biologists at New Mexico Department of Game and Fish answer these questions for the Bendire’s thrasher.

Allison and her team of field technicians have been searching for Bendire’s thrashers in areas where pairs were detected in previous years and mapping out current-year territories of both individuals and pairs. They are keeping a sharp eye out for signs of nest building, new nests, and indicators that nestlings are being fed. Ultimately, they will put radio transmitters on some of the nestlings to see where the nestlings go, what kind of habitats they use after they leave the nest, and to monitor juvenile survival. For each territory, Allison and her crew are performing vegetation and insect surveys. These surveys consider a variety of variables related to vegetation structure and forage availability. Data from the surveys will inform assessments of the relationship between habitat variables and the reproductive success of Bendire’s thrashers. 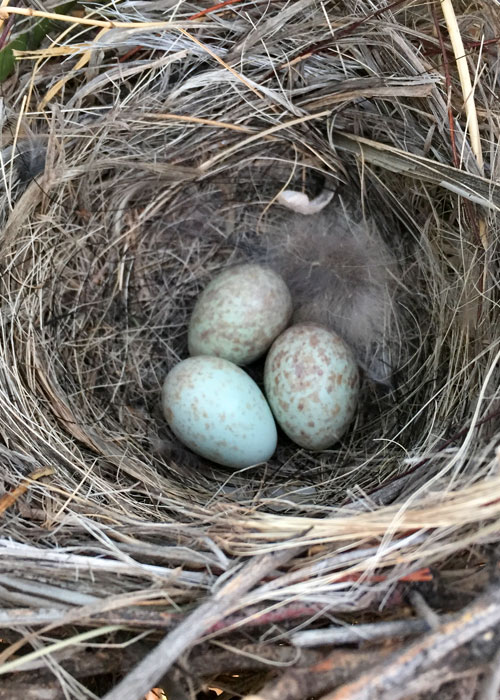 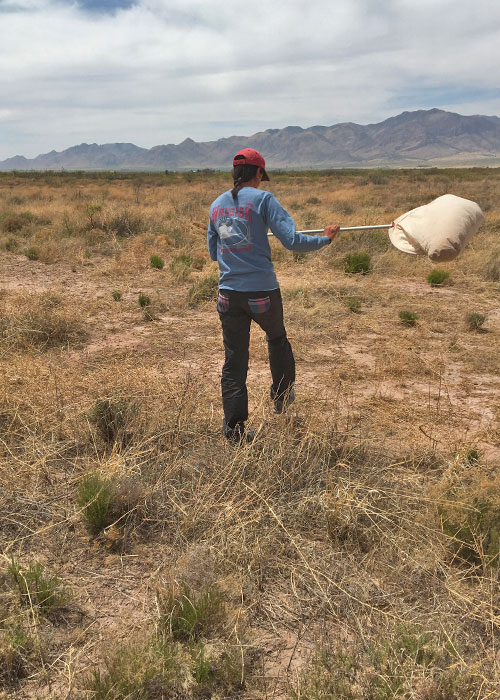 Allison and her team face many potential challenges while in the field. The breeding season for the Bendire’s thrasher is not well documented and appears to be ramping up much later than expected, meaning their field season may run long. Wind makes it hard to detect Bendire’s thrashers and we are well into the windy season in the southwestern corner of New Mexico (i.e., the bootheel) where the species is most prevalent. There are other thrashers found in the bootheel that can look quite similar to the Bendire’s thrasher (for example, the curve-billed thrasher). Further, many of the survey sites are on private land and a good deal of coordination with local landowners is required in order to access these sites. Finally, the bootheel is a large, remote area. This means many days of camping in order to make the early morning starts (all territory and nest monitoring for a given day must be done before 10AM) for the surveys possible. 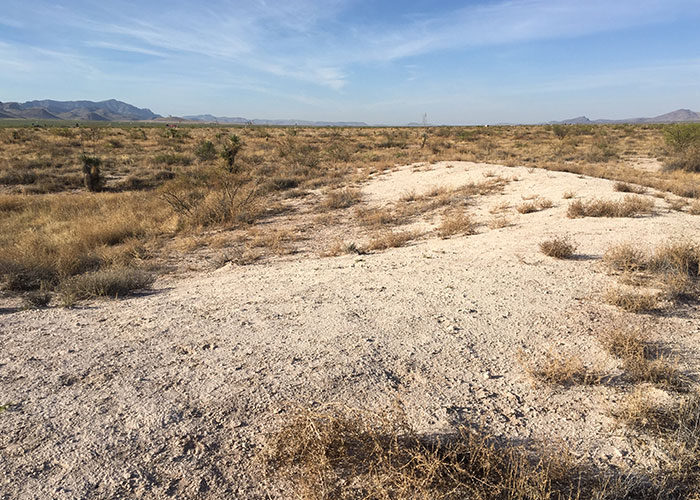 The Bendire’s thrasher is able to nest in some surprising locations. From sumac trees on the side of the road to the well-protected heart of a yucca – Bendire’s thrashers appear to utilized a diversity of woody plants as nest sites and call some fairly harsh environs home. They also have to deal with competition from the larger, more aggressive curve-billed thrashers. All hats are off to Allison and her crew for already finding 18 territories and 15 nests! The results from this project will be very useful in informing future management of the Bendire’s thrasher and its habitat.

Learn more about the non-profit Share with Wildlife program of the New Mexico Department of Game and Fish, supported exclusively by donations.
NM Game & Fish2018-09-19T09:05:18-06:00