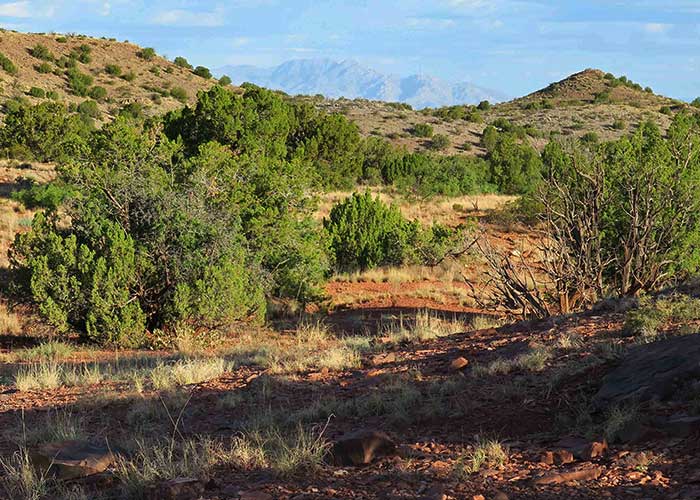 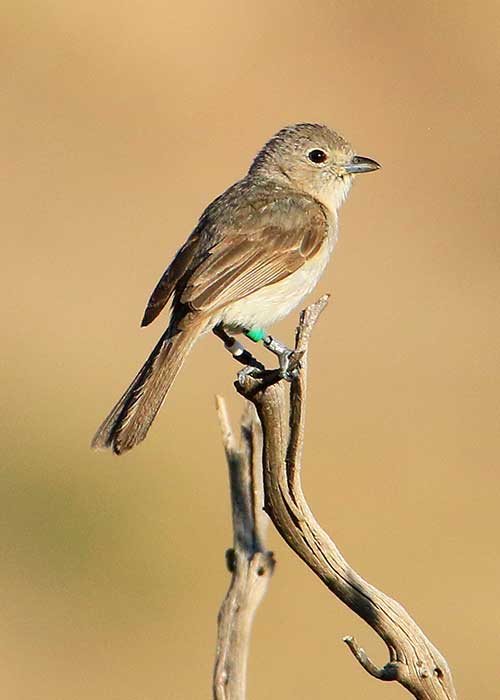 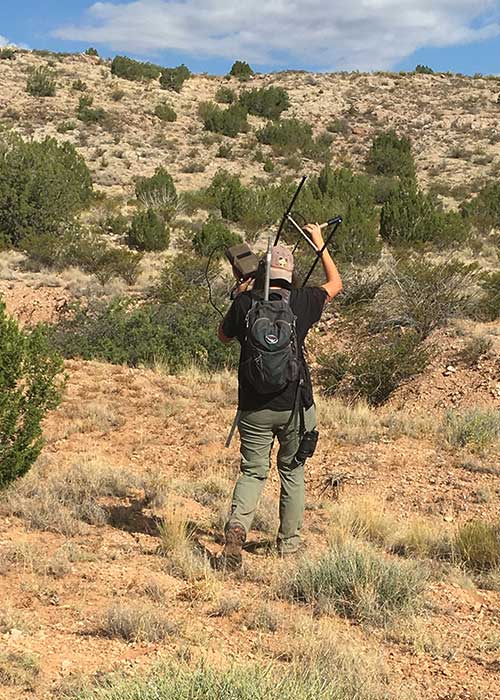 Silas and a team of field technicians have been searching for gray vireos in areas of the eastern edge of the Sevilleta National Wildlife Refuge where pairs were detected in previous years and marking nest locations. In some cases they have caught and tracked adult female gray vireos in order to find nests. When they find a nest, they make repeat visits to it to track its success. If the nest has eggs and then nestlings, they continue to visit the nest until the nestlings are about to leave. A few days prior to the nestlings’ expected departure (or fledging), they put a radio transmitter on at least one of the nestlings. As of July 2019, they had over 35 nests that they had found and been monitoring. They had also put radio transmitters on 32 juveniles, with 21 still alive as of early July. The data gathered using the transmitters help Silas determine where the nestlings go and what kind of habitats they use after they leave the nest. Silas and crew are also collecting vegetation data that will inform assessments of the relationship between habitat variables and the survival of gray vireo nests and fledglings, as well as of fledgling habitat selection. 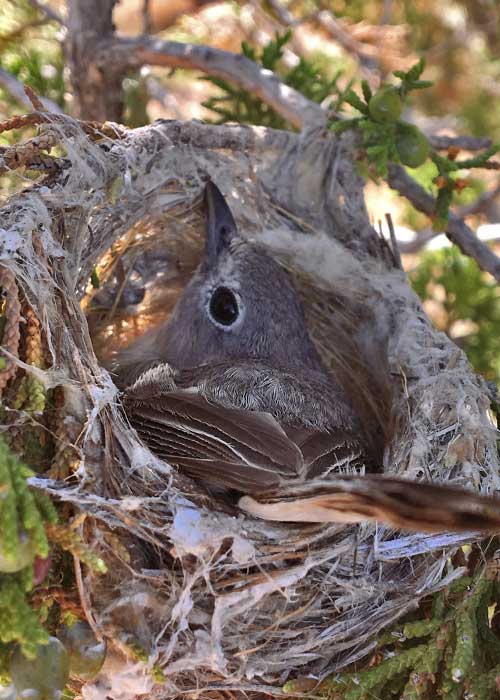 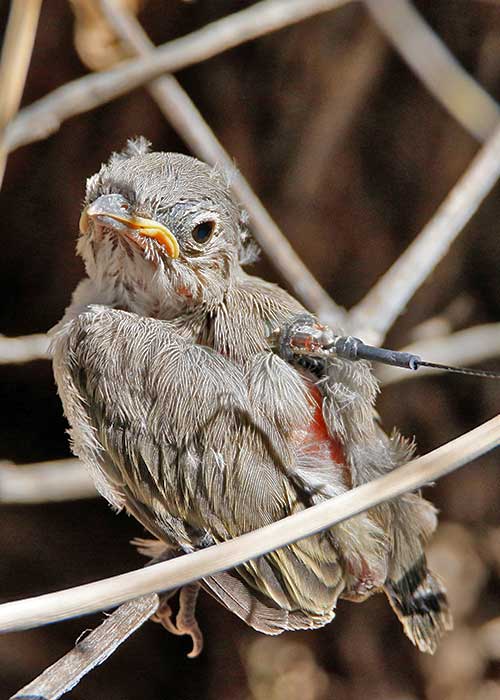 There are many challenges associated with studying these birds, including very early mornings and sometimes brutally hot summer temperatures. It can be quite difficult to find the vireos’ fairly small nests, especially when they are in a dense juniper. Mockingbirds like to mimic the gray vireo calls, so the field crew has to be on their toes to tell the difference! Gray vireos don’t have flashy plumage, so you have to have sharp eyes to find them.

The gray vireo is able to nest in some surprising locations and the babies face plenty of challenges. Adults seem to use slightly shorter, more dense juniper trees when building their nests – not what people often envision as prime nesting habitat! Juvenile survival can be quite low, especially in drought years where food and water are scarce. Even juveniles that leave the nest are still quite vulnerable as it takes them a few days to learn how to fly like adults. The first few days, the babies stay pretty close to the nest and their main defense, if a predator is nearby, is to stay quiet and still.

To highlight some of these challenges and help tell the story of the impact of stressors, including climate change and associated incidence of drought, on the gray vireo, Silas has not only been working on a thesis, but has also been developing an art exhibit. The exhibit will be displayed at the University of Toledo and, hopefully, somewhere in New Mexico. The exhibit includes glass replicas of gray vireo nests and nestlings that are incredibly detailed. The visuals of the exhibit are likely to hit home the beauty of these birds and the real threat of climate change in a way that words on a page never can.

Learn more about the non-profit Share with Wildlife program of the New Mexico Department of Game and Fish, supported exclusively by donations.
NM Game & Fish2019-08-05T10:08:58-06:00