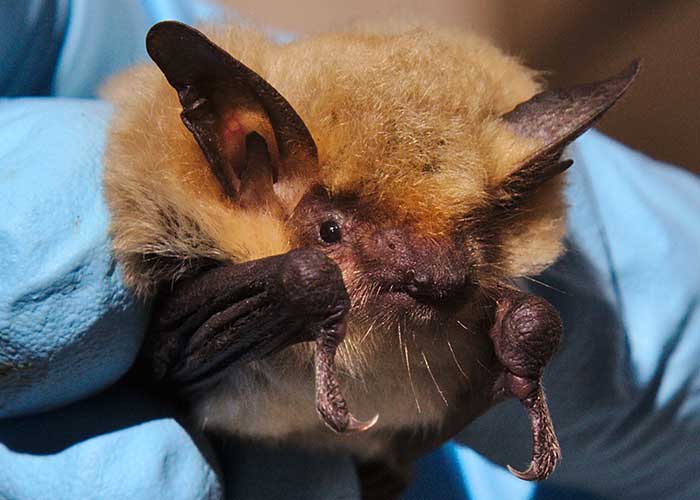 White-nose syndrome, caused by a fungal pathogen (Pseudogymnoascus destructans) that can have catastrophic impacts on cave-roosting bats during their hibernation period, has been creeping westward and recently jumped across the United States to Washington state. Even if surface conditions in New Mexico are not suitable for growth of this fungus, the fungus can potentially thrive in the cool and moist conditions found in New Mexico’s caverns. What would it mean for the bats that hibernate in New Mexico if and when this fungus comes into the state? 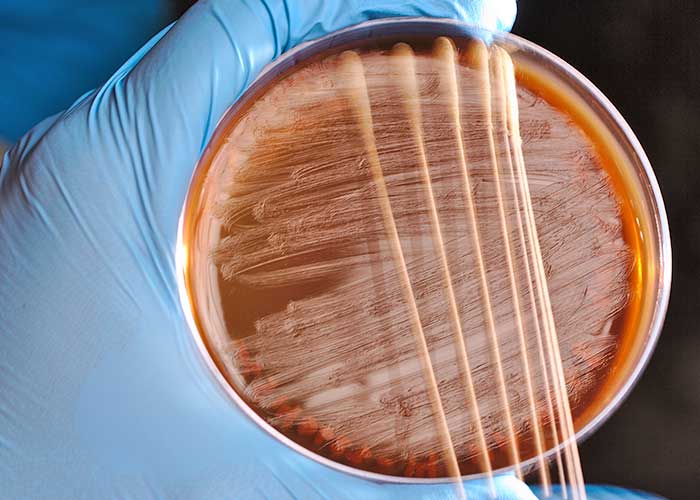 Swabbing a plate to grow bacteria from bats. (Kenneth Ingham)

Using funding from the Share with Wildlife program, Jennifer Hathaway, a research scientist in Dr. Diana Northup’s lab at the University of New Mexico, is investigating whether New Mexico’s bats have natural defenses against this disease. Jennifer is analyzing bacterial cultures from bats, including the cave myotis bat, which were previously caught in the field. Some bacteria produce compounds that can kill either other bacteria or fungi. Jennifer is looking to determine how many of the bacteria found on six species of New Mexico bats have genes that may produce these sorts of compounds, and how diverse these compounds may be. 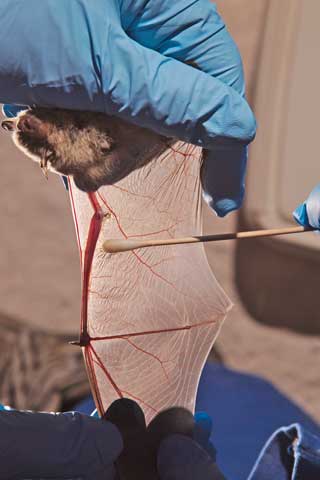 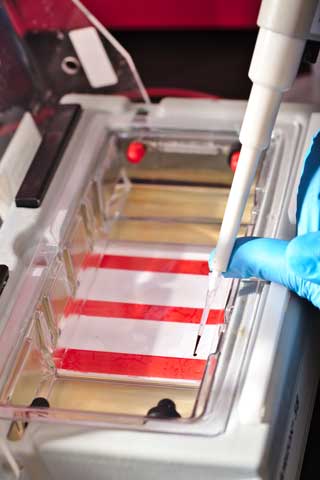 Ultimately, Jennifer’s data will help identify bats that are likely to have defenses against white-nose syndrome and those that are more likely to be at risk if and when this disease comes to New Mexico. It can also help identify compounds that might be useful in fighting this fungus both in New Mexico and in other states where the disease is already present and taking a toll on bat colonies. If there is a naturally occurring compound that can uniquely target this fungus, it would likely have fewer ecological impacts than an indiscriminate fungicide.