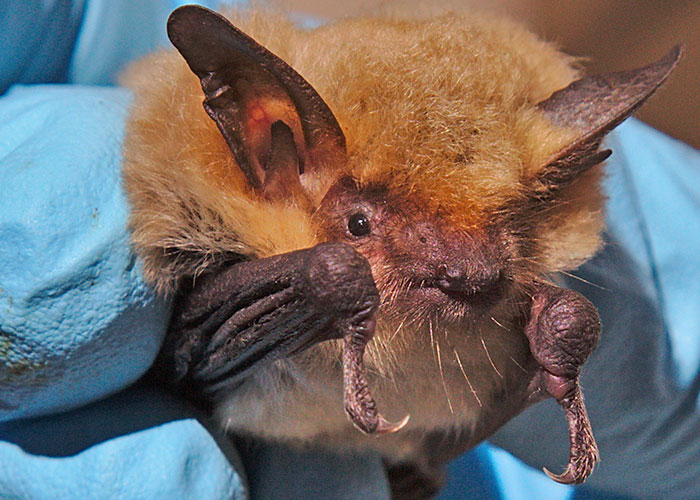 White-nose syndrome can have catastrophic impacts on cave-roosting bats during their hibernation period. The disease, and its causative fungal pathogen, Pseudogymnoascus destructan (Pd for short), has been moving westward and was recently detected in Texas, Oklahoma, and Kansas. Even if surface conditions in New Mexico are not suitable for growth of this cold-tolerant fungus, the fungus can potentially thrive in the cool and moist conditions found in New Mexico’s caves and mines. This fungus could have catastrophic impacts on bats that hibernate in New Mexico if, and when, it arrives in the state.

Some caves and mines in the state are visited by hundreds, even many thousands of people every year. Humans may carry the fungus with them on their clothes and caving equipment, especially if they have been caving in states where the fungus has already been detected. For this reason, there are very stringent decontamination protocols required for anyone doing permitted work in caves on public lands. Given how quickly the fungus has spread and its detection in our neighboring states to the east, it is crucial to look more carefully at some of our most important bat hibernacula to see whether the fungus has arrived in New Mexico. There is often a delay between the arrival of the fungus and bats showing symptoms of white-nose syndrome. If we know where the fungus is present, we can work to prevent its spread to other locations. 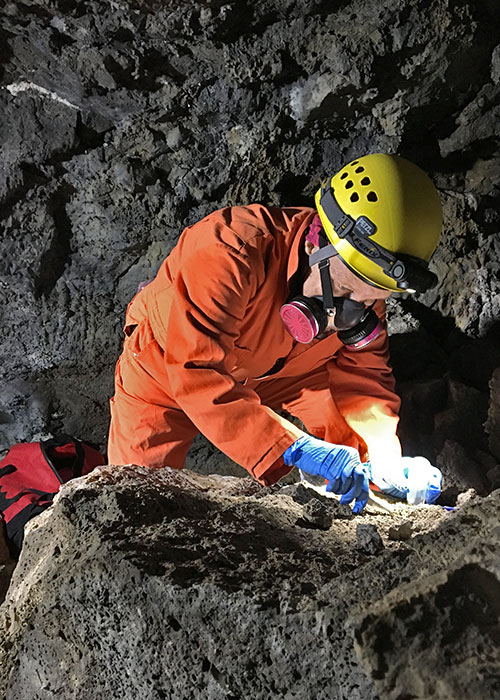 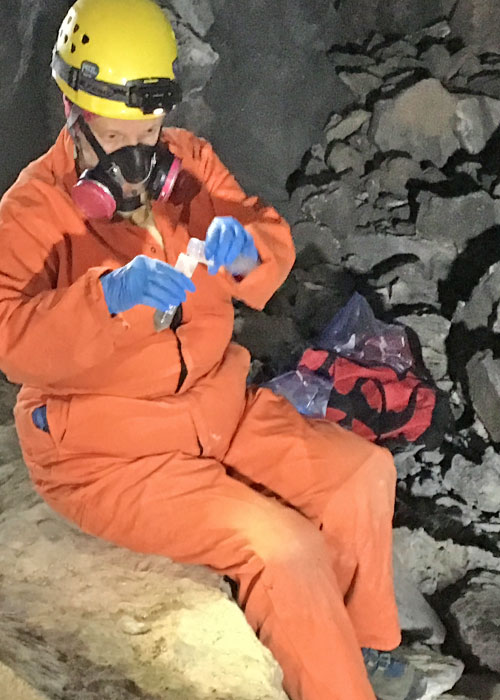 Using funding from the Share with Wildlife program, Jennifer Hathaway, a research scientist in Dr. Diana Northup’s lab at the University of New Mexico, is investigating whether Pd is present in any of several caves and mines used by bats. This entails collecting small samples of soil and guano in locations where there are signs of bat use and storing them in a specialized buffer solution. Given the high potential for humans to spread the fungus, Jennifer is focusing on pinch points that the majority of cave or mine visitors, and bats, are likely to have to pass. Accessing many of these study sites is a challenge, not to mention needing to bring sufficient light sources and other equipment and supplies to support many hours belowground. Having to make sure that all clothing and equipment is completely decontaminated between sites and nothing taken in the caves and mines is mixed with items that remain on the surface makes the process that much more arduous. 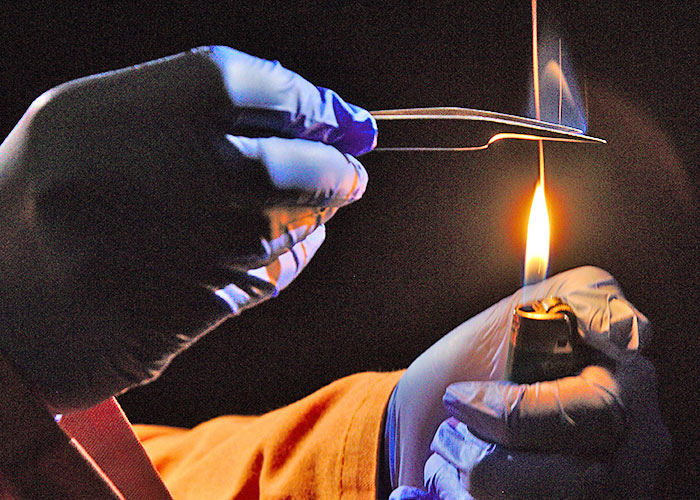 Once the samples are collected, there are multiple steps in the genetics lab to determine whether Pd is present at the sampling location. Any detection of Pd will be validated by an independent laboratory, to ensure that there are no false positive results. All detections of this deadly fungus will be reported to New Mexico Department of Game and Fish and the land management agency that permitted the soil sample collection on their land. Consultation regarding next steps to prevent spread of the fungus can then proceed.

Learn more about the non-profit Share with Wildlife program of the New Mexico Department of Game and Fish, supported exclusively by donations.
NM Game & Fish2018-08-10T15:29:38-06:00