Species identification skills are very valuable to wildlife biologists, especially those doing surveys to determine if rare species of conservation concern are present in an area. Those skills can require extensive knowledge of the species of interest, especially when multiple closely-related species are present in a given area. It doesn’t get much harder than telling some small mammal species apart and the Peñasco least chipmunk is a prime example. 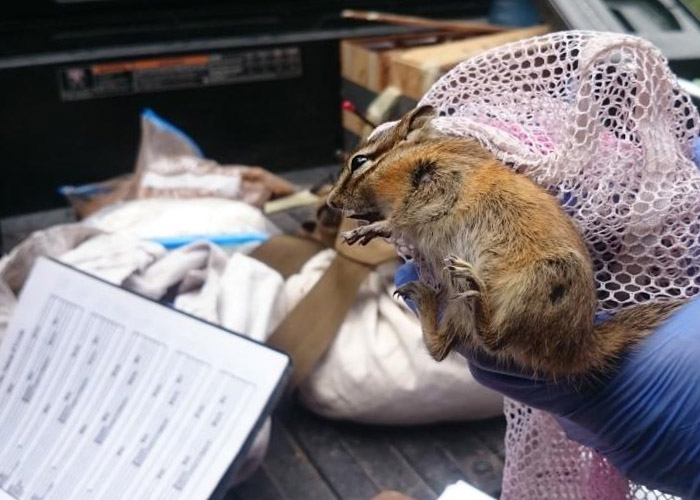 This chipmunk species has not been documented in New Mexico since 2000 and, given that it is a candidate for federal Endangered Species Act listing, it is important to have up-to-date information on its distribution and status. The Peñasco least chipmunk is very similar in appearance to the gray-footed chipmunk, which is much more common and is found in the same mountain ranges that boast habitat suitable for the least chipmunk. How do you tell these chipmunks apart? You have to get up close and personal and examine their coloring, stripe patterns, and even measure an ear and hind foot. You can’t do all of this without permits and permissions, not to mention an extensive knowledge of not only the focal species, but the rest of the local small mammal community. 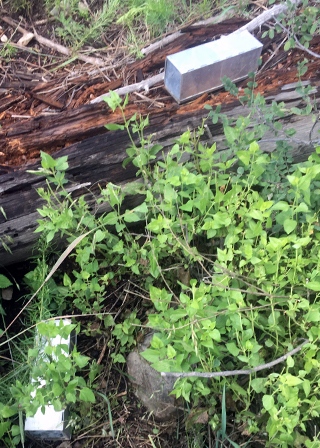 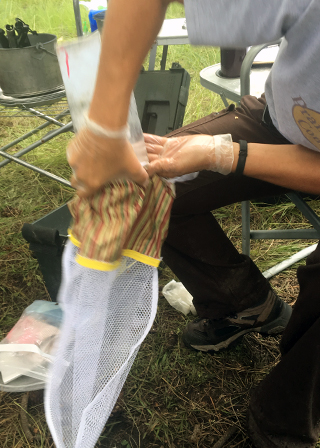 Putting trapped chipmunk in a bag for measurement. (Ginny Seamster) 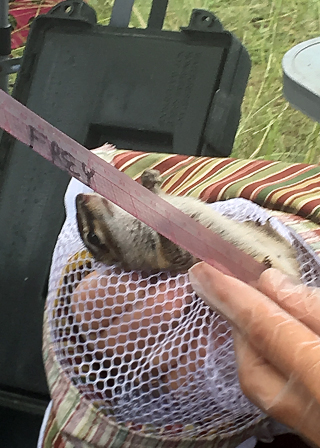 Enter Dr. Jennifer Frey. Dr. Frey has been studying small mammals for over three decades and has conducted surveys for many species, including the Peñasco least chipmunk. She has been working to determine what kind of habitat is the most suitable for the least chipmunk. This has involved considerable detective work and analysis of many historical chipmunk specimens collected in New Mexico. What is the upshot? Peñasco least chipmunks like open grassy areas with rocks and downed logs as cover objects. It historically thrived in ponderosa pine savanna forests in the Sacramento Mountains. It is likely that it could do well in more heavily forested areas, but it is excluded by the presence of a competitor species, the gray-footed chipmunk. Dr. Frey was able to gain access to and conduct surveys on Lookout Mountain in cooperation with Lincoln National Forest and the Mescalero Apache Tribe. The surveys were successful in detecting three least chipmunks in subalpine grassland habitat. This is an exciting find and a new location for this species! 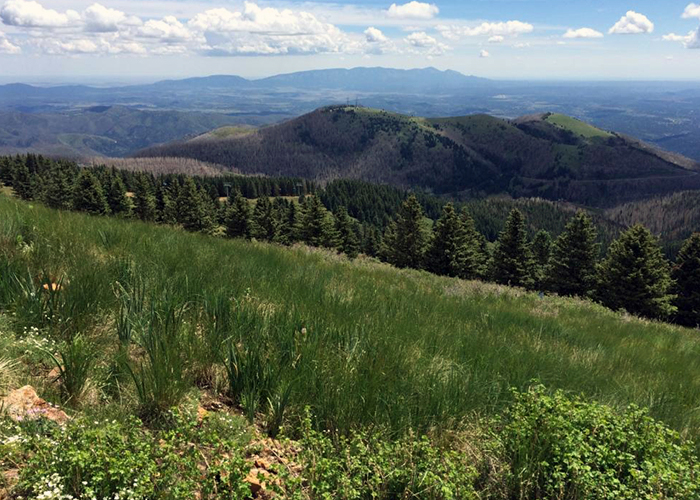 There is much we still need to learn about the Peñasco least chipmunk but one thing is now certain based on Dr. Frey’s research – the chipmunk is still in New Mexico and can inhabit areas markedly different from where it was previously expected to be found.