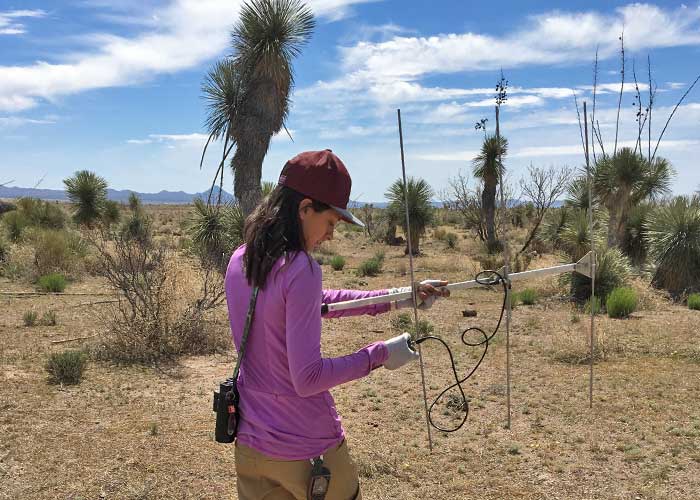 Have you ever driven through southwestern New Mexico, along I-10 west of Lordsburg, and wondered how species lived in this part of the state? In particular, where do they go? What features on the landscape are important to them? Using funding from the Share with Wildlife program, Dr. Martha Desmond and her graduate student, Allison Salas, from New Mexico State University are helping biologists at New Mexico Department of Game and Fish answer these questions for one inhabitant of the bootheel region of New Mexico; the Bendire’s thrasher.

Allison and her team of field technicians have been searching for Bendire’s thrashers in areas where pairs were detected in previous years, as well as adjacent areas, and mapping out current-year territories. They have been keeping a sharp eye out for signs of nest building, new nests, and indicators that nestlings are being fed. As of mid-April 2019, they already had over 20 territories with active pairs and nest building occurring. They had also already put radio transmitters on a few nestlings, with hopefully many more to come later this year. The data gathered using the transmitters help Allison determine where the nestlings go and what kind of habitats they use after they leave the nest. Allison and her crew are also performing vegetation and insect surveys that will inform assessments of the relationship between habitat variables and the reproductive success of Bendire’s thrashers. 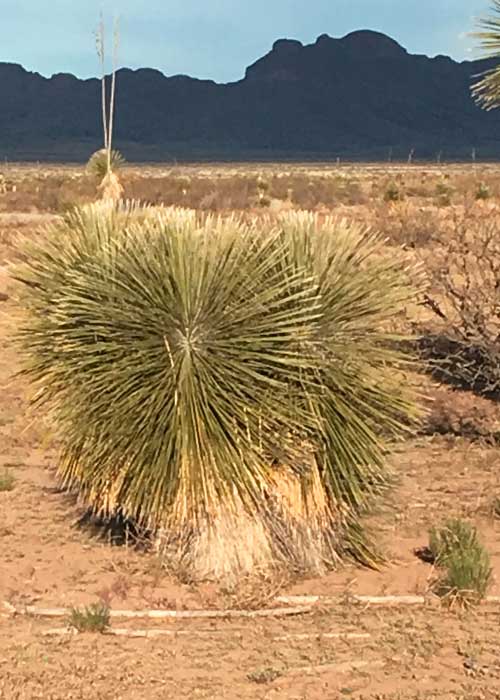 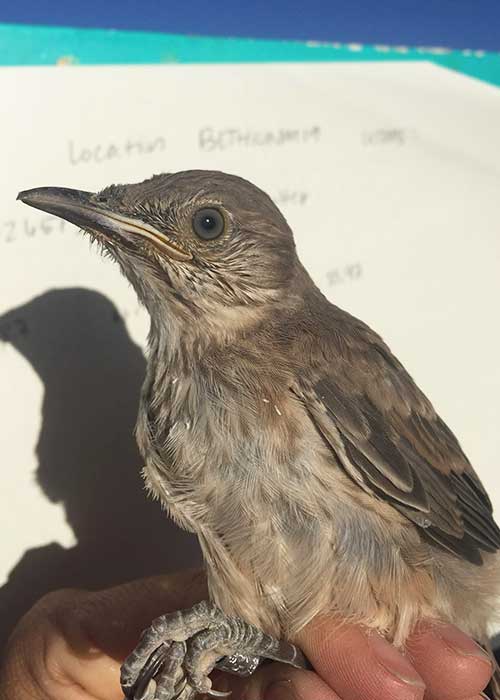 Allison and her team face many potential challenges while in the field. The breeding season for the Bendire’s thrasher is not well documented and appears to be ramping up much earlier this year than it did during similar surveys last year, meaning there is variability between years in terms of when is best to get out in the field to study this species. There are other thrashers found in the bootheel that can look quite similar to the Bendire’s thrasher (for example, the curve-billed thrasher). There are other species that nest in the bootheel that have similarly shaped nests and/or colored eggs (e.g., mockingbirds). There are many birds that are migrating through Hidalgo County in April, adding to the activity at Allison’s field sites and potentially obscuring Bendire’s thrasher behaviors. There is also the perpetual risk of predation by ravens and other species. The bootheel is far from a friendly place to live if you have to raise your babies on a nest; there is so little suitable cover and the ravens are always watching and on the lookout for their next meal! Thus, Allison and her team must try to outwit the ravens and visit nests only when ravens are not nearby. 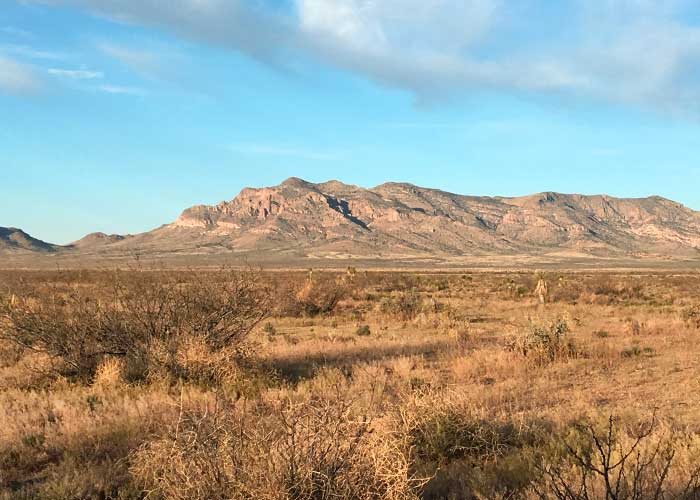 The Bendire’s thrasher is able to nest in some surprising locations. From shorter yuccas – often those that grow in a clump of three – to mesquite with lots of thistle lodged underneath – Bendire’s thrashers as a species appear to utilized a diversity of woody plants as nest sites and call some fairly harsh environs home. However, individual Bendire’s thrashers may use the same sort of plant as a nest site year after year. Given the lack of cover in this area, it is impressive that any nestlings survive to the point of leaving the nest. Even when off the nest, the juveniles are still quite vulnerable as it takes them a few days to learn how to fly like adults. The Bendire’s thrashers seem to stay together as a family unit longer than most song birds; the parents take more care of their young, which makes sense given how many threats face their babies early in life! All hats are off to Allison and her crew for all of the new and exciting data they are collecting on the Bendire’s thrasher! The results from this project will be very useful in informing future management of the Bendire’s thrasher and its habitat.

Learn more about the non-profit Share with Wildlife program of the New Mexico Department of Game and Fish, supported exclusively by donations.
NM Game & Fish2019-07-02T09:43:20-06:00