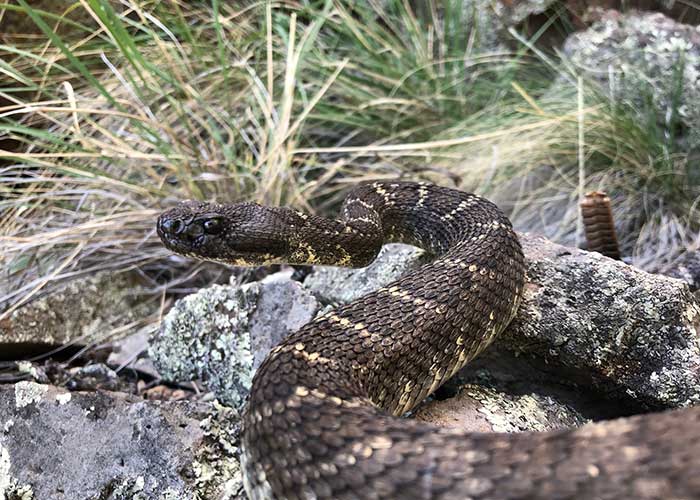 The Arizona Black Rattlesnake is a very understudied species of rattlesnake. The species is known to inhabit portions of the San Francisco River drainage and is often found on steeper slopes and cliffsides. However, much more needs to be learned about this species before anything can be done to help protect this species and its habitat in New Mexico.

In both 2019 and 2020, Bruce Christman and Dr. Randy Jennings, both experienced herpetologists, used funds from the Share with Wildlife program to conduct surveys for the Arizona Black Rattlesnake, both at and near the locations of previously reported sightings. They also gathered as many previously documented observations as they could. 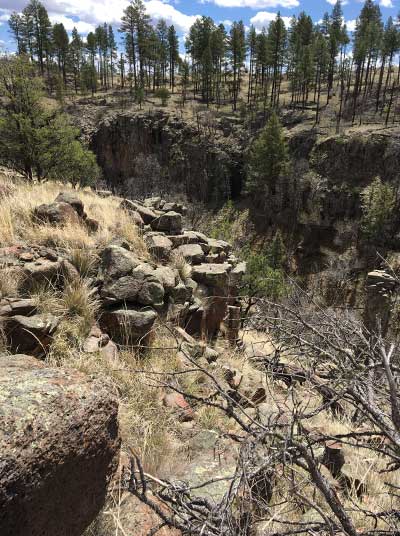 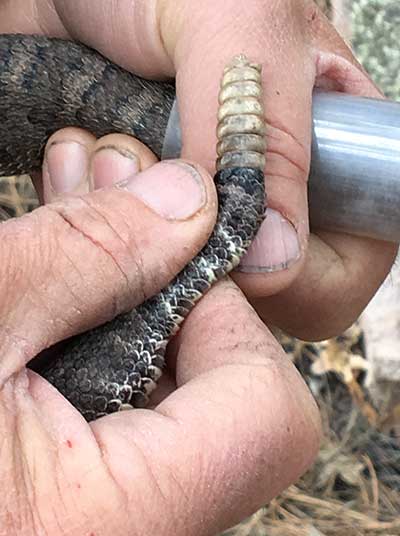 Final information from Bruce and Randy’s two seasons of surveys will be available in Spring 2021. Exciting news thus far is that, in 2019, they detected this rattlesnake several miles north of the previously recorded northernmost observation. Also, they have seen multiple snakes in the same area, evidence that they were likely near a rattlesnake den, though unable to determine the exact location of that den.

Bruce and Randy were only able to find fewer than 30 documented observations of this species in New Mexico collected prior to their surveys in 2019 and 2020. Thanks to their survey efforts, there are now 23 more records of this species in New Mexico, nearly double what was previously available. As of June, 2020, they had documented the rattlesnake at four entirely new locations, adding to the previous list of fifteen geographic areas that the Arizona Black Rattlesnake had been documented. They also confirmed species presence at 5 of these 15 previously known areas. 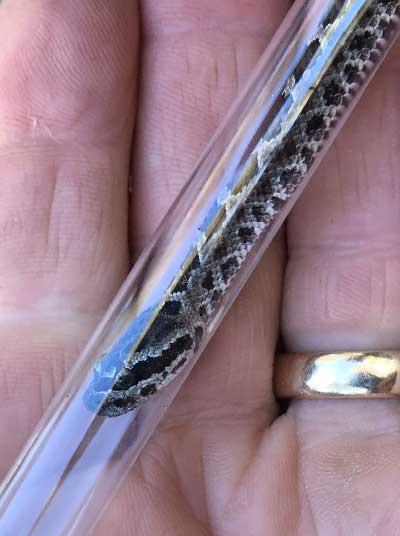 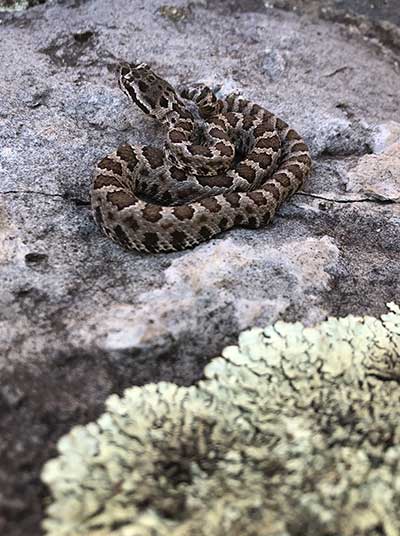 The Arizona Black Rattlesnakes detected in Bruce and Randy’s surveys were in south- or southwest-facing outcrops with a variety of evergreen trees present, including ponderosa or piñon pine and alligator juniper. During the summer, they were found in canyon bottoms and piñon-juniper habitats. There is still a question about why the snake is not found in similar conditions east of the San Francisco River drainage. Given that this species is typically found at higher elevations, climate change is likely to negatively impact it as temperatures continue to rise and wildfires become more frequent and intense within this species’ geographic range.

Learn more about the non-profit Share with Wildlife program of the New Mexico Department of Game and Fish, supported exclusively by donations.
NM Game & Fish2020-11-23T08:57:58-07:00