The Arizona black rattlesnake is a very understudied species of rattlesnake. As of 2018, there were fewer than 20 documented observations of this species in New Mexico. The species is known to inhabit portions of the San Francisco River drainage and is often found on steeper slopes and cliffsides. However, much more needs to be learned about this species before anything can be done to help protect this species and its habitat in New Mexico. 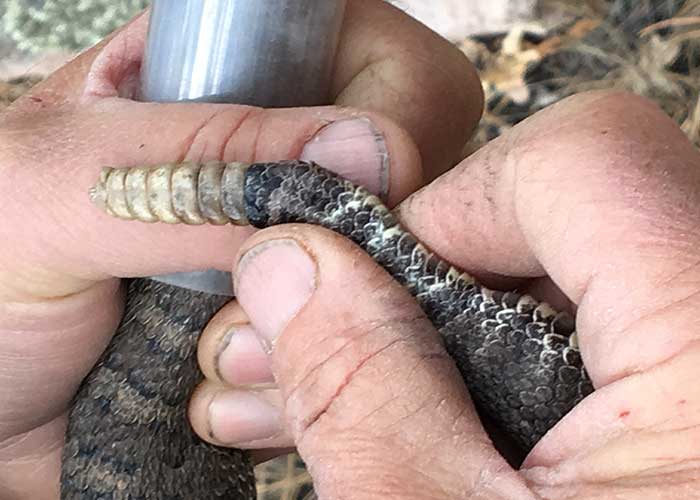 Bruce Christman and Dr. Randy Jennings, both experienced herpetologists, have been using funds from the Share with Wildlife program to conduct surveys for the Arizona black rattlesnake, both at and near the locations of previously reported sightings. 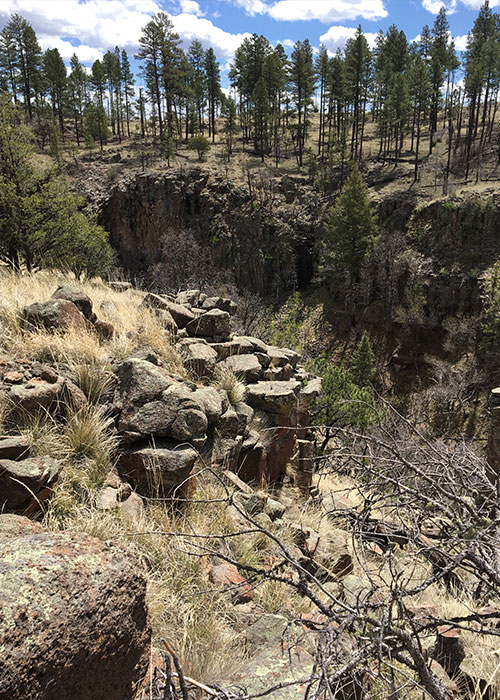 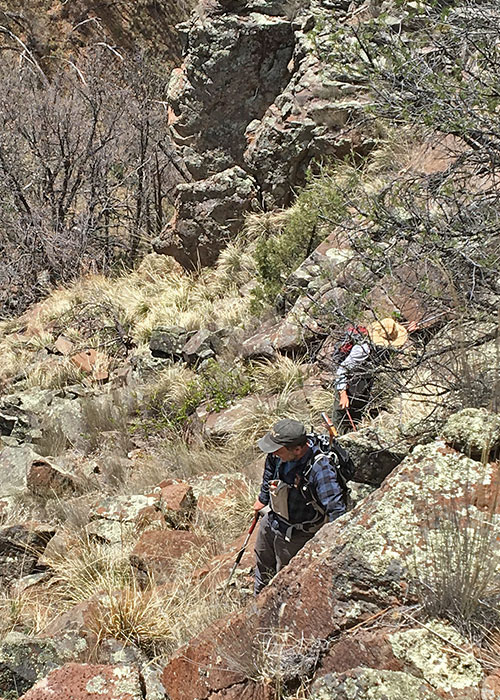 Bruce and Randy’s surveys, which are being assisted by different biologists throughout the season, will continue into the early fall. Exciting news thus far is that they have detected this rattlesnake several miles north of the previously recorded northernmost observation. Also, they have seen multiple snakes in the same area, evidence that they were likely near a rattlesnake den, though unable to determine the exact location of that den. 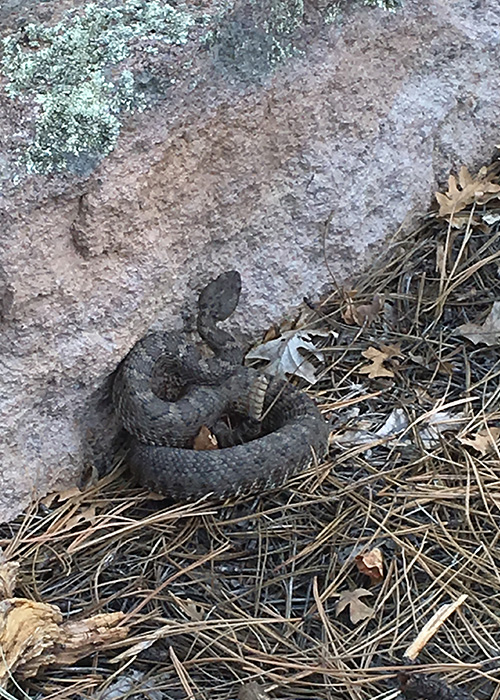 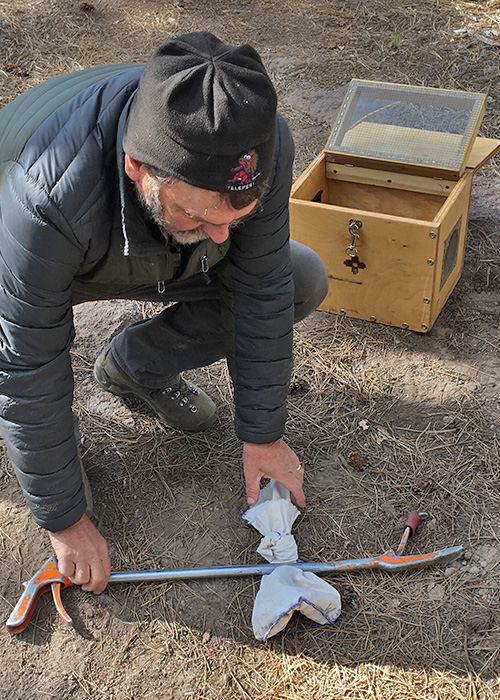 Learn more about the non-profit Share with Wildlife program of the New Mexico Department of Game and Fish, supported exclusively by donations.
NM Game & Fish2019-11-08T09:17:46-07:00