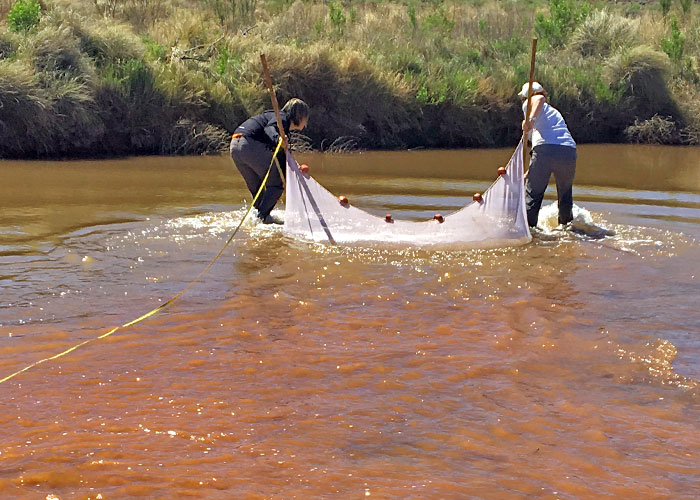 Perhaps you’ve looked into the clear water of a river and thought, there’s no way there are any fish living here. The water’s too shallow and I can’t see any fish moving around in the water anyway. Well, if you’ve ever thought that about the lower Pecos River, think again. The Pecos is teaming with a diversity of small-bodied fish that may elude the eye, and at times the biologist’s seine. 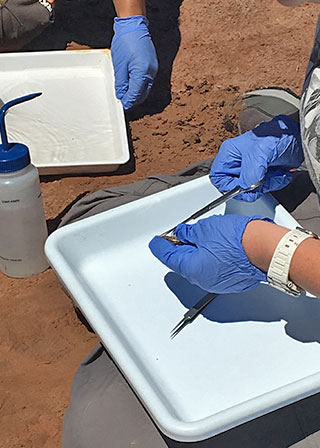 How can you study these small and sometimes rare fish that often evade capture via traditional survey techniques? And capturing them isn’t even the hardest part; once you have them in hand, it takes a trained eye to identify them to species. Drs. Matt Barnes and Allison Pease and graduate student Kelbi Delaune from Texas Tech University are working to answer this question. They are developing genetic markers that, once fully tested, would enable a biologist to collect and filter a water sample, extract DNA from the filtered sample, and determine whether any of seven different species of interest for this Share with Wildlife-supported project are present upstream of where the water sample was collected. Focal species for this project include the Pecos Pupfish, Blue Sucker, and Gray Redhorse. 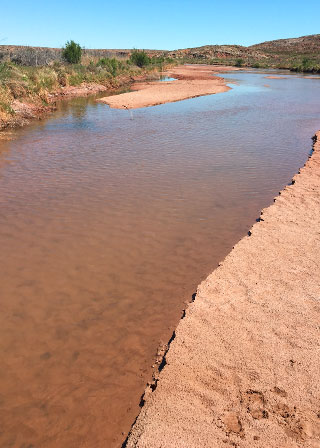 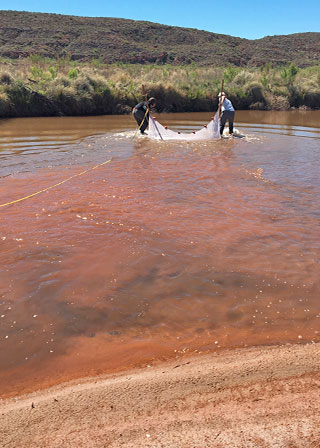 This sort of non-invasive, genetic-based sampling raises many questions. These questions relate to how long it takes for DNA to degrade once it is released into a river; how far the DNA may travel before it is no longer detectable; how the morphology of the river channel impacts the path that the DNA takes as it travels downstream; and whether there is a direct, dependable relationship between the amount of DNA detected in the water and the number of individuals of a particular species in the river, and how various environmental variables impact this relationship. This project will help elucidate some of the answers to these questions, especially regarding whether the amount of DNA in a water sample tells us anything about the relative abundance of the focal aquatic species. 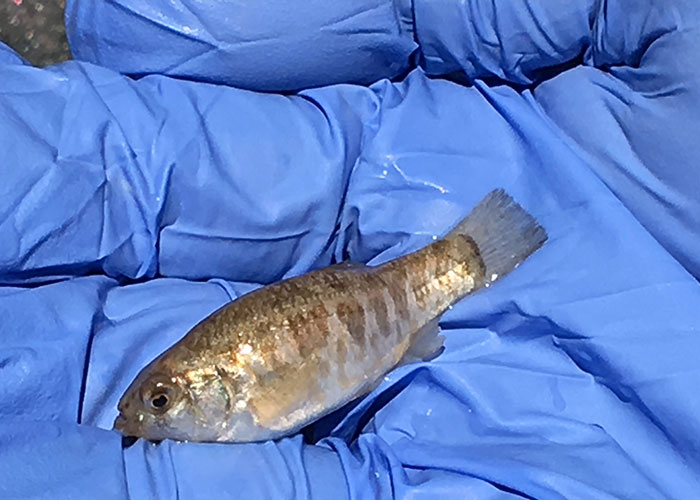