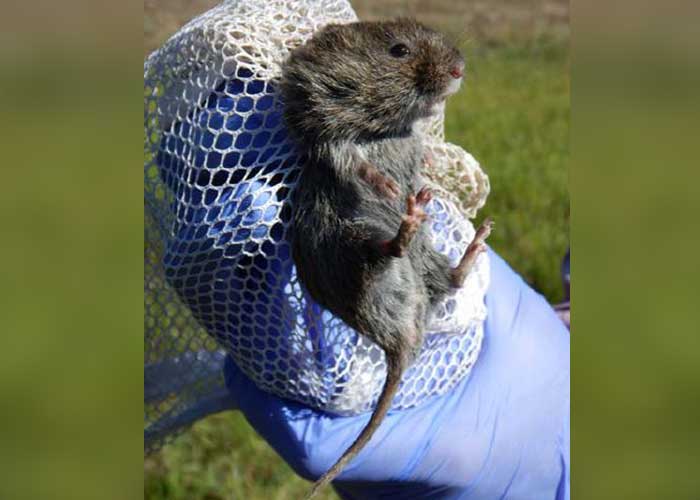 What has happened to the distribution and abundance of an already narrowly distributed species of vole found in southwestern New Mexico over the past 16 years? This is the question that Dr. Jennifer Frey was trying to answer with surveys she conducted for the Arizona montane vole in 2020.

Extensive surveys have not been completed for this species in New Mexico since 2004, those surveys also having been performed by Dr. Frey as a small mammal expert. For her 2020 surveys, Dr. Frey revisited many of the sites where small mammal trapping was conducted in 2004 and also went to new locations that were not previously surveyed. She collected extensive habitat data at each site to understand the habitat needs of the species and trends in riparian conditions. 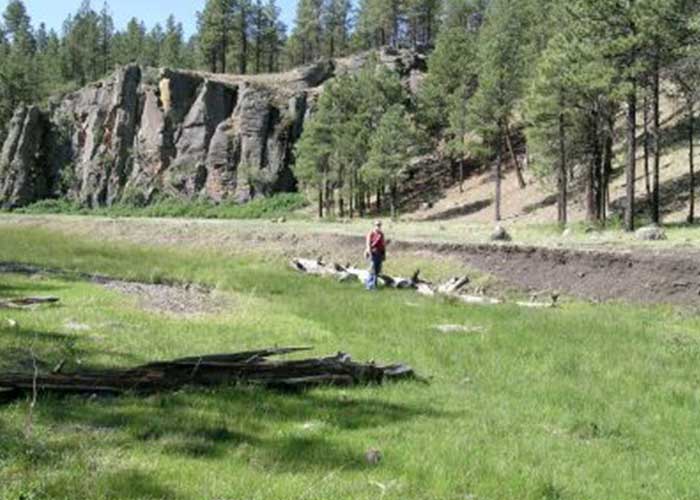 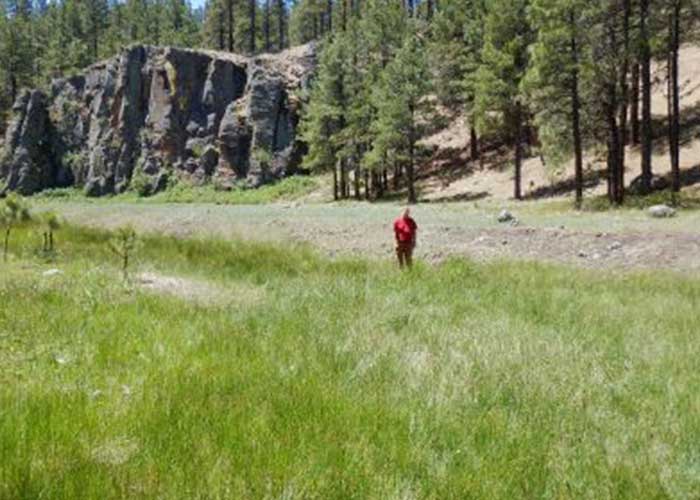 Results from field surveys indicate that this species is declining and in danger of disappearing entirely from New Mexico. Survey efforts in 2020 were more extensive than 2004 and yet the vole was only detected in four locations. Two of these sites have heavily degraded habitat; this species is typically associated with moist soil and relatively dense and taller herbaceous vegetation in areas near streams or other waterbodies.

The glimmer of hope for this species is that one population was able to thrive in an area where the condition of the local riparian habitat had improved since it was last surveyed. Further riparian and wetland habitat restoration efforts in the San Francisco drainage may benefit this species, but likely only in watersheds where the species is still present.

Learn more about the non-profit Share with Wildlife program of the New Mexico Department of Game and Fish, supported exclusively by donations.
NM Game & Fish2021-03-01T08:05:05-07:00