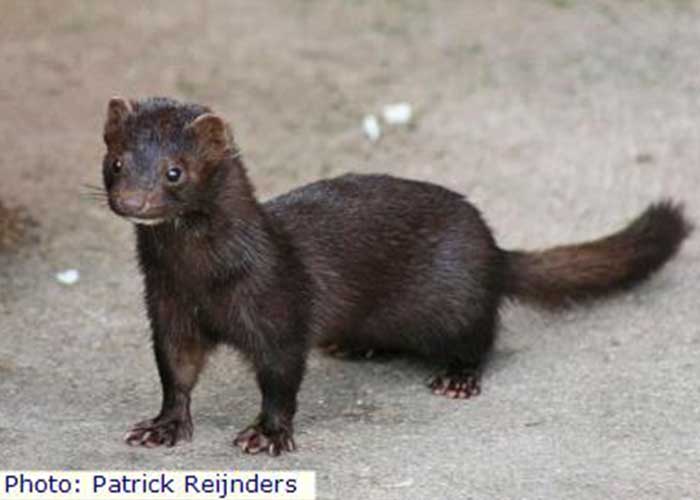 Does the American mink still occur in New Mexico? If so, where? How is the habitat looking in the places where they were last known to be? These are some of the questions that Brian Long, Jon Klingel, and Marty Peale (doing business as Peregrinations) were trying to answer with their extensive camera-trapping survey across northern New Mexico in 2021.

The American Mink is listed as a Species of Greatest Conservation Need in the State Wildlife Action Plan for New Mexico, but it’s possible that the species should actually be considered as extirpated (i.e., no longer occurring) in the state. Mink in New Mexico were at the southern margin of their range in North America, but they were common, perhaps as far south as Belen, into the late 1800s. Today, they are “missing in action”. Possible sightings have been reported, but the last time that anyone actually documented an American mink in New Mexico was in 1987, when a Cimarron Canyon State Park Ranger found two road-killed males in Cimarron Canyon. 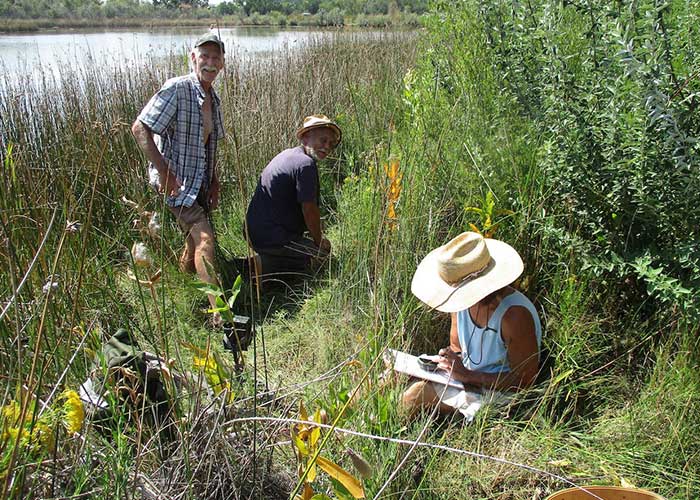 Brian Long, Jon Klingel, and Marty Peale in the field along the San Juan River. (Peregrinations) 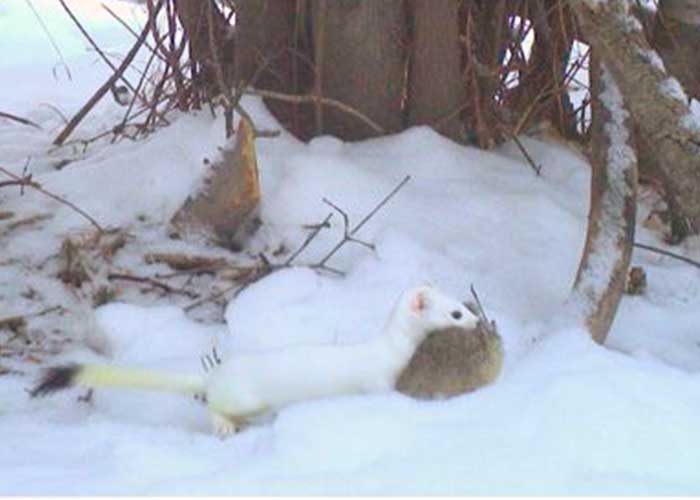 Mink, like beaver, were trapped for their fur. Trapping them is no longer legal in New Mexico, but their failure to rebound is generally attributed to habitat loss. Mink need flowing water that is deep enough to stay open throughout the winter. For this reason, they were closely associated with the presence of beaver. They also need a hearty supply of fish, shellfish, and small mammals; nearby grassy areas to support their small mammal prey; and dense vegetation for cover. The severe decline in beaver populations in the early 1900s and human-wildlife conflict that has occurred in some areas where their repopulation has been encouraged, diversion of stream and river water for human use, overgrazing in riparian areas, drought, and flooding have all impacted the riparian habitats that favor mink. 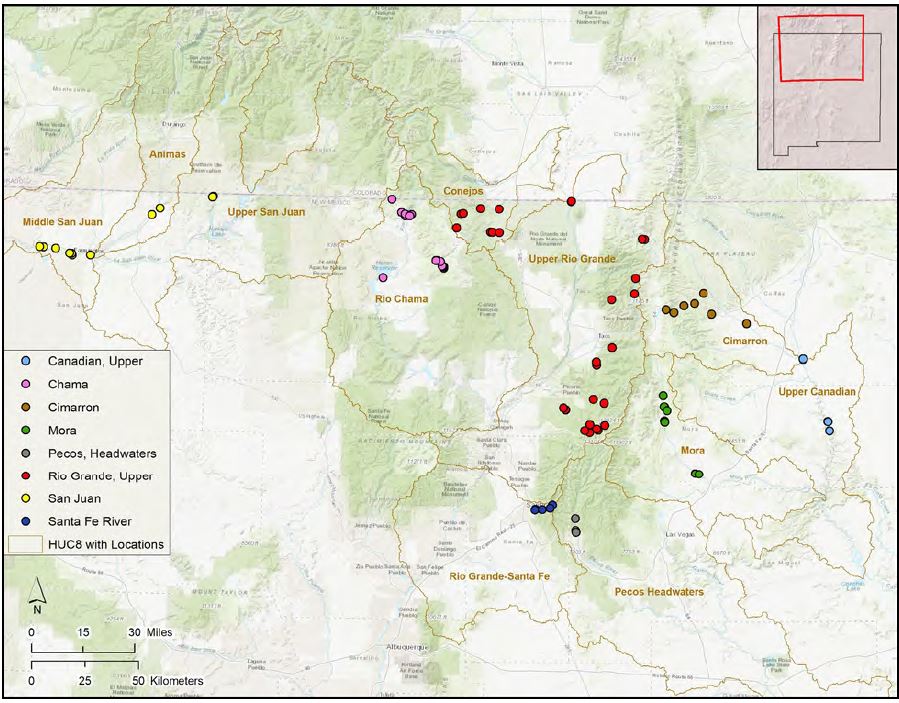 Map of sites surveyed in northern New Mexico in 2021. (Peregrinations)

With support from the Share with Wildlife program at New Mexico Department of Game and Fish, Brian, Jon, and Marty carried out an extensive survey of riparian areas in northern New Mexico throughout 2021. They set up wildlife cameras at 85 locations on public and private lands, from the Canadian to the San Juan rivers and set out lure to attract mink. Day and night, movement triggered the cameras to take photographs. The team logged almost ten years’ worth of camera-days in 2021. 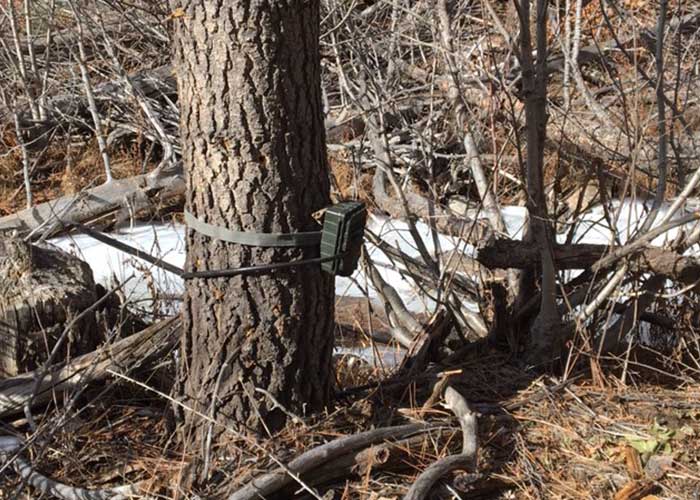 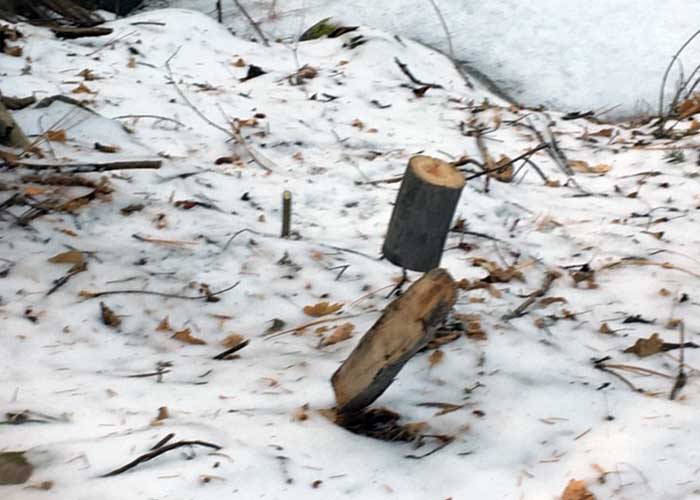 The cameras took thousands of wildlife photographs, which the team reviewed, identified, and catalogued. While no mink were detected, the photographs documented at least 25 species of mammals, from ermine to ringtail and red fox, and 30 species of birds, as well as domestic animals. This demonstrates that camera traps are an excellent tool for capturing a great deal of information without having significant impacts on wildlife or their habitat. 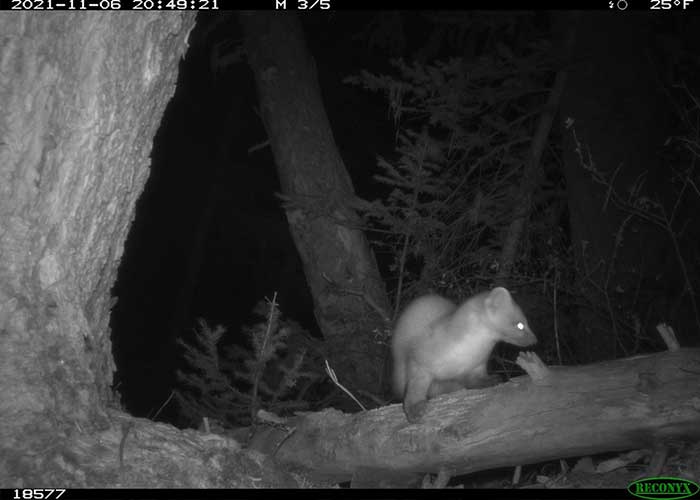 The full report for the mink survey makes several recommendations:
• Further field work could be done where habitat looks promising today but access was not granted for this project.
• Collection of water samples for environmental DNA analysis could help to detect mink, pending development of a species-specific genetic marker.
• Habitat restoration that favors beaver would benefit mink as well. This may include the installation of beaver-dam analogs and similar habitat restoration techniques designed to encourage beaver repatriation or, in some cases, mimic habitat alterations associated with beaver presence.
• Further work to protect riparian habitats from overgrazing would favor mink, as well as other riparian-obligate species.

Notable species detections from the camera trap photos include the very elusive Pacific marten. Interesting species interactions include a long-tailed weasel with a Mexican woodrat that it had caught and a possible courtship between two muskrats.

Counting Bats and Learning About Their Diet and Movements

Learning About Species Needs and Interactions in the Chihuahuan Desert

Wildlife Education and Rehabilitation During Times of COVID-19

Engaging Students in Studying Wildlife in the Face of COVID-19

Pollinators and Other Wildlife

From Cells to Ecosystems

Give the Toads a Brake

We All Need Healthy Watersheds

What Good are Prairie Dogs?

Water Matters for Wildlife and Agriculture